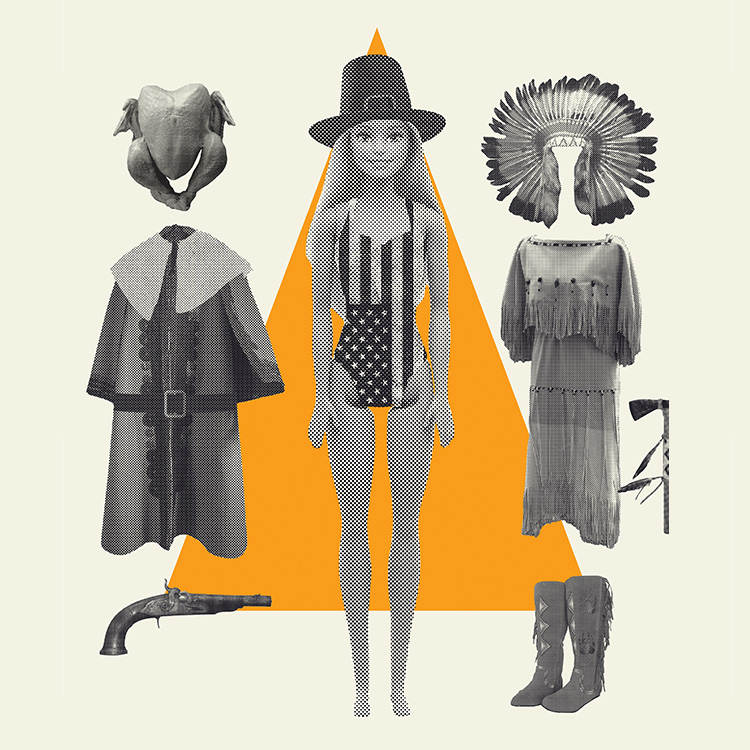 The Thanksgiving Play is about four white presenting adults struggling to devise a politically correct elementary school production of the first Thanksgiving for Native American Heritage Month. And using grant money to do it.

Be sure not to miss this hilarious piece…and bring your friends. 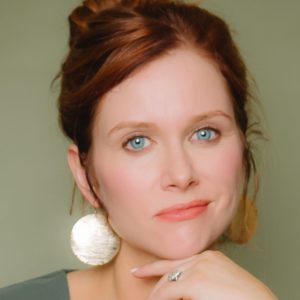 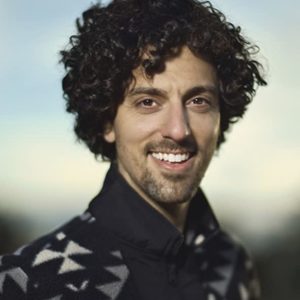 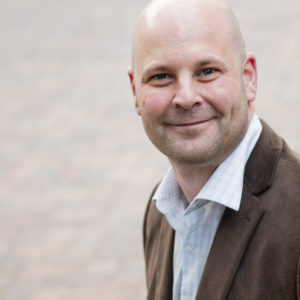 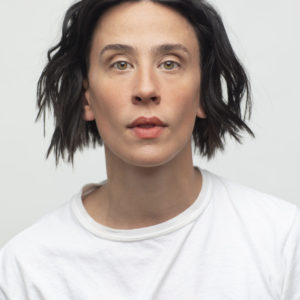 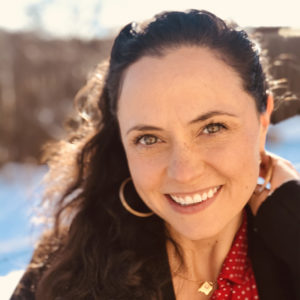 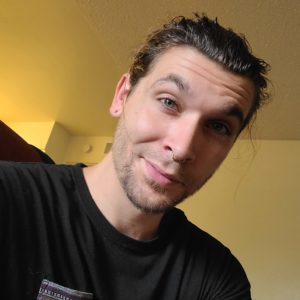 I’m a recent and enthusiastic NM transplant. Originally from the midwest and most recently from LA, I am thrilled to be making my maiden voyage (see what I did there?) at Santa Fe Playhouse. An actor on both stage and screen, you may have spotted me on ABC’s Speechless and will soon see me on an upcoming AMC show.

“Lead with your heart. Follow your joy. Lean into love. We’re all mad here.”

Hunter can currently be seen on the most recent season of ABC’s Rebel and upcoming season of Youtube TV’s Liza on Demand. Hunter has had the joy of working with top collaborators in the many facets of American performance, from TV comedies CW’s Crazy Ex­Girlfriend, Nickelodeon’s The Thundermans, and NBC’s Superstore to drama’s at Tony Award winning theaters Steppenwolf Theatre & Chicago Shakespeare.  Beyond narrative, Hunter is well known for his many national commercials for major brands. As a writer/director he and his work have been invited to participate in numerous Oscar qualifying and popular genre festivals.  See the latest short film written, directed, and starring Hunter presented by Gunpowder + Sky’s Alter channel on Youtube.
So much love and gratitude to his inspirational wife Mallory, firecracker daughter Boroughs, and amazing parents Penelope & Gerald. And a special thanks to you, for doing all the things you had to do so that we could safely spend this time together. Here’s to more of that.

Patrick MacDonald is thankful for (see what I did there?) the chance to work with this insanely talented group of comedic actors as his first foray back on the stage after the pandemic.  Previous work at The Santa Fe Playhouse includes: directing “The Curious Incident…” (2018), choreographing “Cabaret” (2017), and appearing in “NSFW” (2019) and “The Importance of Being Earnest” (2018).  Thank you, Morningstar, Natalie, and Robyn for the chance to have some much needed laughter in my life!

Jess Haring is a queer, non-binary, white actor and performance artist. They have a BA in cultural and linguistic anthropology and fine art from Loyola University Chicago. They made a living in education, non-profit, writing, and consulting before taking an acting class with Catherine Pilafas in Albuquerque in 2016 and becoming a professional actor. Jess produces, directs, and performs in theater, independent film, and live interactive worlds.  She is currently performing in the Meow Wolf ensemble, studying with L. Zane Jones in Santa Fe, and producing work with arts collective Krush’d Candy in Atlanta.  Jess is honored to inhabit the world in Larissa FastHorse’s essential, painful, and hilarious The Thanksgiving Play, which offers a convicting and generous invitation to examine her assumptions and complicity.

Born and raised in New Mexico, Robyn (she/her) earned her BFA in Drama from The North Carolina School of The Arts. She then worked as a professional actor in television, film, and theater in New York City, Portland, Oregon, Minneapolis, and New Mexico. In 2012, Robyn founded and ran an arts collective in Brooklyn, New York, where she created site-specific work based on Carl Jungs’ The Red Book. In 2015, she ventured around the world and studied in Southeast Asia, South America, and Mexico. After receiving The Kenan Fellowship for Directing at The John F. Kennedy Center for the Performing Arts in September of 2017, Robyn worked as a director and actor in and around the nation’s capital. Passionate about community and storytelling, Robyn is thrilled to be returning home to Santa Fe and serving at Santa Fe Playhouse.

Morningstar Angeline (she, her, they), born as Morningstar Angeline Wilson-Chippewa, was born in Santa Fe, NM, to Rita Rose Wilson and Ethan Shawn Chippewa. She was later adopted by Daniel Harold Freeland and raised in Gallup, NM. She is a queer Navajo, Chippewa Cree, Blackfeet, Shoshone, and Latinx woman.​

Angeline began acting in theatre as a child and continued studying acting and writing throughout her schooling. In 2014 she made her feature debut as Nizhoni Smiles in Drunktown’s Finest at the Sundance Film Festival. Since then, Angeline has starred in feature films such as 2021’s Keyhole Garden, 2019’s the Incredible 25th Year of Mitzi Bearclaw, and television series including Amazon’s Outer Range, Paramount’s Yellowstone, Netflix’s Chambers, and HBO’s This Much I Know Is True.

Morningstar’s directing filmography includes short films Seeds, Can’t Have It Both Ways, and Yá’át’ééh Abiní, as well as the upcoming feature documentary, Waveguides. In addition, she has worked in AD, camera, casting, and location departments and has received awards from the American Indian Film Festival, Institute of American Indian Arts and was honored by the New Mexico Film and TV Hall of Fame. In 2019, she co-produced and starred in Blackhorse Lowe’s feature FUKRY and assisted Zack Snyder on his 2021 film Army of the Dead.

​She is a 2018 Sundance Indigenous Lab, 2020 Native American Feature Writers Lab, and a 2021 Fourth World Indigenous Media Lab Fellow and serves on the Board of Directors of the mixed-media company Tse’Nato’.

​Morningstar is an actress, director, writer, producer, and music performer. She currently resides in Albuquerque, NM, and Los Angeles, CA.

Natalie Benally is born into the Grey Streaked Ends Clan and born for the Red Running into Water Clan. Her Maternal Grandparents are the Zuni Pueblo Clan and her Paternal Grandparents are the Water’s Edge Clan. As a young Diné girl growing up on the Navajo Reservation, Natalie’s first dance studio was the land she was surrounded by, which taught her movement embedded in cultural re-connection and storytelling. She is also a self-taught hip hop dancer. Natalie attended Fort Lewis College where she earned a BA in theatre – Performing and Directing in 2010 and was a first generation college graduate in her family. She performed dance professionally for 7 years with Dancing Earth Contemporary Dance Company and also led youth workshops for Native youth throughout her time with the company. Natalie performed the lead role of Dory in the Navajo dubbed version of Disney/Pixar’s Finding Nemo and directed/choreographed the production I’m Native And… for Fort Lewis College’s inaugural Indigenous Arts Festival, which was then invited to the Los Angeles Kennedy Center for the Arts’ Regional College Theater Festival in 2019. In addition to performing, she works as the Indigenous Programs Coordinator for Girls Inc. of Santa Fe. She is also co-founding a mixed media storytelling company, Tse’Nato’, where she hopes to continue sharing stories through dance, theater, and film. She was recently awarded the Senator John Pinto Native American Filmmakers Fund in 2020 to direct a short film entitled “Mother’s Day”.

Emily Rankin (she/her) is an actor, director, stage manager, and artist. For the past two decades, she’s worked extensively in theatre, film, and immersive performance. During her time spent in Austin, Texas, she helped bring to life shows like Whirligig Theatre’s Deus Ex Machina, a choose-your-own-adventure based on the Oresteia, and Penfold Theatre’s Murder on the Rails, a murder mystery series performed aboard the Austin Steam Train. In 2017, she co-created and developed Verstehen, an improvisational performance series for sound and live painting. In New Mexico, she worked with Meow Wolf’s Interactive division, creating and developing immersive Mixed Reality experiences for Meow Wolf’s Santa Fe, Las Vegas, and Denver exhibitions. She attended university in Texas and holds a BFA in Theatre Directing.

Colin Hovde (he/him) is a producer, director and arts administrator. He served as producing artistic director of Theater Alliance of Washington DC from 2011 to 2019. He is a founding artistic director of ARTISTS’ BLOC, a founding member of Capital Fringe Festival, and was the associate artistic director at Theater Alliance from 2005-06. In 2004 he was a producer of the Worldwide Arts Collective Festival in Macau, China. He has directed at Theater Alliance, Kennedy Center, Lincoln Center, Imagination Stage, Adventure Theatre, Rustaveli Theatre in Tiblisi Georgia, Washington Shakespeare Company, Riot Actors of Washington, Rorschach Theatre, Washington Savoyards, Solas Nua, Perseverance Theatre, and The InSeries. He has worked with dog & pony dc, Source Festival, eXtreme eXchange, Forum Theatre, and The Kennedy Center. He was a Kenan Fellow at the Kennedy Center, a directing fellow at the O’Neill Playwrights Conference, received a Cultural Envoy grant from the Department of State, and was selected for the Fulbright-Hays Program. He holds a BFA from the University of North Carolina School of the Arts and is a member of SDC the Union for Stage Directors.

Goiyo Perez is an artist and musician. Goiyo grew up in San Francisco Bay Area before attending Berklee College of Music in Boston. He is looking forward to enjoying the Santa Fe Playhouse’s upcoming productions, and is thrilled to be collaborating with the Playhouse on SWAIA Performances.