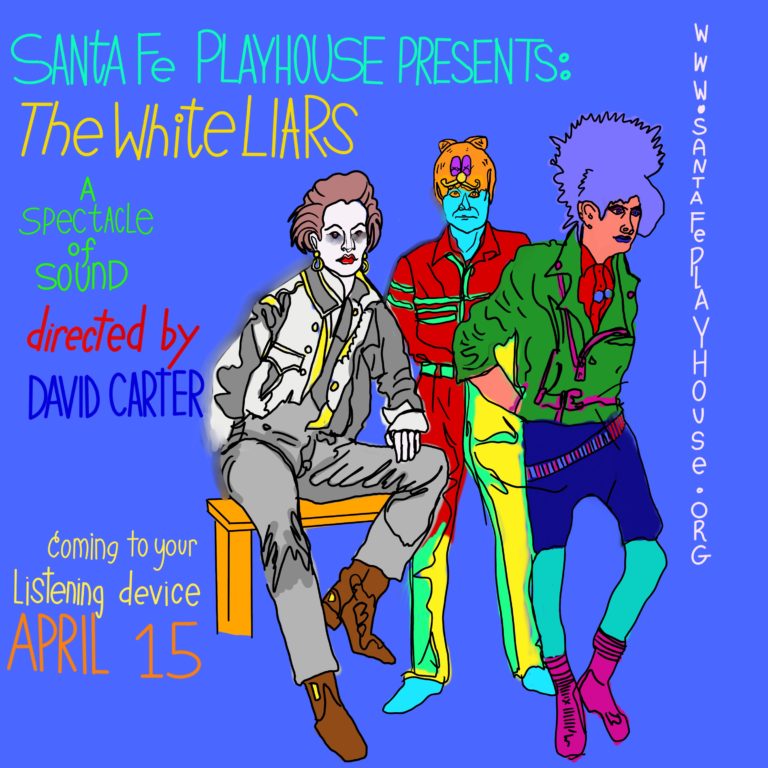 THE WHITE LIARS: A Spectacle of Sound

The White Liars by Peter Shaffer is being produced by Santa Fe Playhouse as a Radio Play for release April 15. The White Liars depicts a fateful encounter between a down-and-out fortune teller, a rock musician, and his agent. The agent bribes Baroness Lemberg to fake some hocus-pocus over a crystal ball, ostensibly to discourage the musician from pursuing his girlfriend. The trickery entangles each of them in a dense web of mendacity.

This radio production will be available for FREE anywhere in the world where podcasts stream for a limited time only. 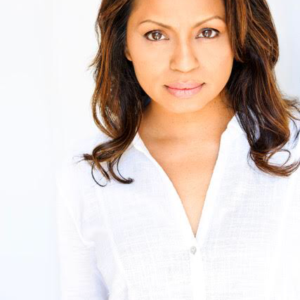 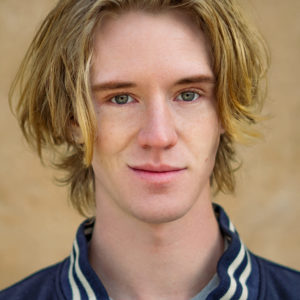 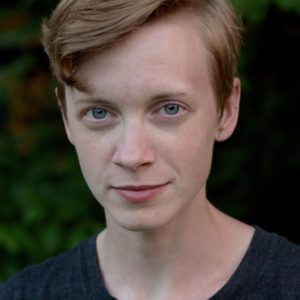 Ramona hails from Los Angeles and is proud that this past February marks 1 year as a resident of Albuquerque. Her acting, singing and dance background has landed her roles on major Network TV shows – How to Get Away With Murder, Scandal, Criminal Minds. Film work – Long Gone By (HBO’s New York Latino Film Festival) and stage performances – Shiv (u/s Boston Court Theatre), Rock of Ages (Hollywood), Miss Saigon (Big League Productions/North American Tour). With the entertainment business expanding in the Southwest, Ramona’s interest peaked and she took the proverbial leap of faith to start her next chapter. She is thrilled to debut in a Radio Play of White Liars at the Santa Fe Playhouse, as Sophie.

Ramona invites you to find out more on imdb.me/RamonaDuBarry and/or IG: rdubarry- Cheers.

Jasper was born in Santa Fe and raised in Hawaii. He’s an alumnus of the New Mexico School for the Arts and a 2020 graduate from the School of Drama at the University of North Carolina School of the Arts.

Emily Rankin is an actor, director, artist, and immersive performer who recently relocated from Austin, TX, where she worked extensively in film and theatre. Most recently she’s performed live with Santa Fe Classic Theater and Meow Wolf: Las Vegas and in online productions from The Vortex Rep, Bottle Alley Theatre, and AlphaNYC Theater.

Zeke Farrell is a freelance sound engineer, musician, and vocalist, currently based in Santa Fe, New Mexico.  Especially passionate about mixing new work and theatrical projects, Farrell enjoys building unique landscapes of sound design. Farrell spends personal creative time in the studio too, composing and producing under a few different monikers as an independent artist, with multiple releases scheduled for this year. Having also worked as a Circus professional and educator for the past seven years, while performing as a globally-trained acrobat, Farrell is also a bboy affiliated with the popular 3HC breakdance crew.

While Mikey’s sense of humor and philosophical preoccupations are grounded in the recognizable minutiae our somewhat redundant, if ever-cherished human lives, his imagination veers towards the fabulous and the transcendent.

For Mikey, art is an agent of transformation that can make the “everyday”, the ugly, the boring, into something urgent, mysterious, beautiful, Additionally (if aspirationally), Mikey believes art can be the means of revelation by which the superficial patina of “business as usual” can be removed from collective societal attitudes, thus exposing “reality” as the ridiculous miracle it indeed is.

Mikey was born in Santa Fe in 1986. He drew monsters in the margins of his math homework. He is steeped in the cultural aesthetic of the 1990’s but studies the history of American music to its roots. He was schooled in punk rock etiquette at Warehouse 21 in its heyday, where his artwork for local emo (and later jazzy, prog-metal) heroes Kidcrash first garnered the attention of what would become a small, but psyched, eclectic, and far-reaching following. His hallway drawings at Meow Wolf Santa Fe and his work behind the green curtain of LEGIT CONCERNS have been further benchmarks on the way to becoming an admired, though obscure, cult classic.

Mikey has years of experience as a teacher and art educator, known legendarily by the students and staff alike of one Austin elementary as “Mr. Hot Chito”. Mikey has written and illustrated the two books I Want to Write a Poem that will Inspire the World and Being a Dog is like Being a Kid, and has written songs for Justin Bieber, which Justin Bieber has neither recorded nor acknowledged the existence of.