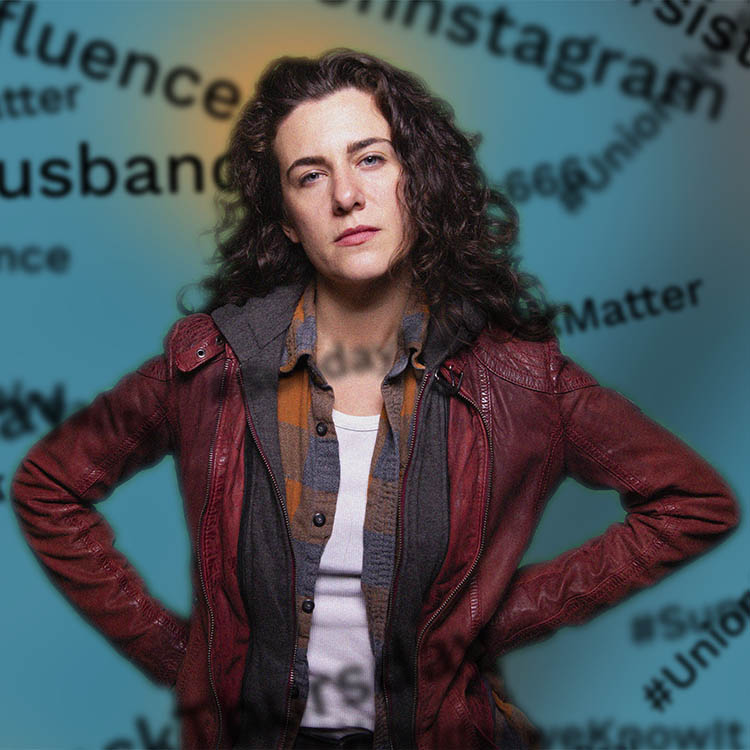 A dark comedy which explores the modern digital culture of social media, reality TV, and our innate search for meaning.

In this world premiere of Kristin Goodman’s dark comedy; Brooke Haven (a cunning social media influencer mom – played by Robyn Rikoon), wrangles her younger sister, Chelsea Haven (an unemployed alcoholic – played by Alexandra Renzo), into starring in a reality television show based on their childhood. As their TV show gains success, the two sisters are forced to confront not only the shared trauma of their public past, but also their current “private” struggle to find human connection and meaning in a world that no longer seems to be real. 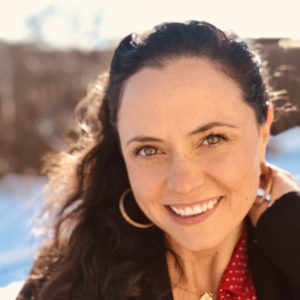 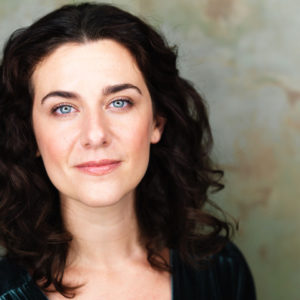 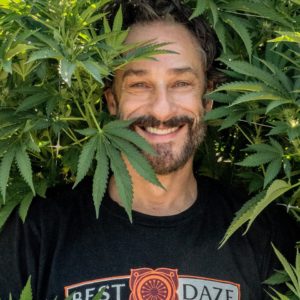 Robyn Rikoon (she, her) is a New Mexico born actor, director, teacher and producer. After earning a BFA in Drama from The North Carolina School of The Arts, she worked in television, film, and theater in NYC and beyond. Robyn co-founded Archaic Remnants in Brooklyn, New York, creating site-specific work based on Carl Jungs’ The Red Book. After receiving The Kenan Fellowship for Directing at The John F. Kennedy Center for the Performing Arts, Robyn worked in and around the nation’s capital. A few favorite works include: 1984 (SFP), A View From The Bridge (The Guthrie).

Alexandra Renzo is a theatre and filmmaker. First performing professionally at the age of 15, Renzo has willfully and stubbornly been immersed in the world of story for all of her life.  She has been seen on stage at BAM, Primary Stages, Atlantic and Cherry Lane, amongst others. Her last stage appearance in Santa Fe was ‘Constellations’ with JustSayIt Theatre. Feature film producing credits include: Meow Wolf: Origin Story (SXSW 2018), Selah and the Spades(Sundance 2019), and Soulmate(s). Short Films produced in the past year: The Maid(Kristin Goodman) and Seeds (Morningstar Angeline & Ajuawak Kapashesit). Developed & curated the inaugural BITE SIZE at the Motorama Drive In alongside Arabela Films. Currently: working on a slate of films with New Mexico writers & directors, geeking out about her upcoming residency with Vital Spaces, and the Performance Director at MEOW WOLF.

Eli Goodman has been acting for over thirty years in theater, film, and television. His regional theater career includes: “Intimate Apparel” and “World Set Free” (Steppenwolf), “Incident at Vichy” (Writers Theatre), “Comedy of Errors” and “Much Ado About Nothing” (Chicago Shakespeare), “Wit” and “A Christmas Carol” (Actors Theatre of Louisville), “The Action Against Sol Schumann” (Victory Gardens), “The Last Night at Ballyhoo” (Mercury Theatre), “Opus” (Adobe Rose), along with many others. On camera Eli has guest starred in over 35 TV shows and films including: Waco, Midnight Texas, House of Cards, Longmire, The Mentalist, CSI NY, NCIS, 24, Bones, Dexter, ER, The Closer, Take Me Home, Just getting Started, and The Space Between Us.

Eli is a founder and co-owner of Best Daze the Best Cannabis spot in Santa Fe. Stop by our new Dispensary (coming soon) on Mercer St – across from La Choza.

Eli’s also luck enough to be married to this play’s playwright the amazing Kristin Goodman.

Kristin Goodman is an award-winning film director, screenwriter, and playwright honored at numerous festivals including: Toronto International Women Film Festival, Los Angeles Women Film Awards, Screencraft, The Austin Film Festival, The Nashville Film Festival, and The New York Screenwriting Contest. An MFA graduate of DePaul University’s prestigious The Theatre School, Kristin acted in and directed theater in Chicago for close to ten years .During that time, she was hired as a full-time faculty member at The Chicago College of Performing Arts. In 2003, she and her husband moved to Los Angeles where she continued her writing career. Recently, Kristin wrote for the Emmy Winning web series Dropping The Soap and was the director of the regional and national live comedy touring shows, The Pump and Dump Show, featured on The Today Show and People Magazine. Currently, Kristin is producing and developing two podcasts that will premiere in 2022, and developing two feature films that she wrote and will direct. Kristin was born in Albuquerque and has lived in Santa Fe since 2012 with her husband and daughter. She is thrilled that #UnderTheInfluence is making its world premiere debut at The Santa Fe Playhouse with this outstanding cast, director, and designers.

Jessica Hanna is a Los Angeles based Director & Producer.

A member of The Kilroys, an activist artists group working for gender parity in the American Theatre. She began training with The SITI Co. in 2002 and performed with the company in 2010 & 2013 at The Getty Villa. As of 2020, she is currently the Chair of The SITI Co.’s Board. She was an Artist in Residence at Thymele Arts in 2019.

Jessica Co-Founded Bootleg Theater, serving as Producing & Managing Director for 12 years. During her tenure at Bootleg she oversaw all theatrical productions and worked with hundreds of Los Angeles artists, including new solo performances by Roger Guenveur Smith including his tour de force, RODNEY KING, a version of which can be seen on Netflix directed by Spike Lee. She helped create and execute the Hope On Stage playwriting prize in collaboration with Cornell and Notre Dame Universities, which included a cash prize for the winning play as well as two fully funded productions at The Hangar Theatre in Ithaca, NY and at Bootleg Theater. She created the Solo Queens Festival that has featured 15 women solo performers in 2 years. Her focus has been on new work development.

Emily Rankin (she/her) is an actor, director, stage manager, and artist. For the past two decades, she’s worked extensively in theatre, film, and immersive performance. During her time spent in Austin, Texas, she helped bring to life shows like Whirligig Theatre’s Deus Ex Machina, a choose-your-own-adventure based on the Oresteia, and Penfold Theatre’s Murder on the Rails, a murder mystery series performed aboard the Austin Steam Train. In 2017, she co-created and developed Verstehen, an improvisational performance series for sound and live painting. In New Mexico, she worked with Meow Wolf’s Interactive division, creating and developing immersive Mixed Reality experiences for Meow Wolf’s Santa Fe, Las Vegas, and Denver exhibitions. She attended university in Texas and holds a BFA in Theatre Directing.

It is a gift to congregate in person. Let us meet with utmost gratitude for this authentic, shared experience, and with profound value for chance encounters beyond screens.