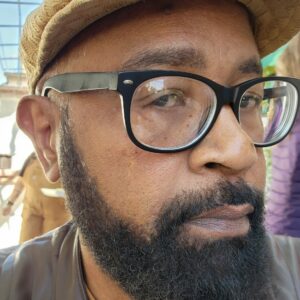 Loveless Johnson III has been an independent entrepreneur in New Mexico since 1996. Loveless innovated and help launch the first ever publicly held pallet company, PalEx, which traded on the Nasdaq before being sold to a bigger concern. He then built Promised Land Pallet Co, in Albuquerque, NM and sold it to PalEx a few years later. This US Navy veteran has utilized his strategic planning, business development, communications, and governmental affairs experience to guide the overall 2019 launch of AmeriGreen Organics industrial hemp company and its operations in New Mexico and beyond.

Loveless attended Southern University and A&M College, majoring in Mathematics and Physics. After serving as a weapons officer on the USS Von Steuben (SSBN- 632), Loveless spent his early career in politics and government working for various statewide campaigns in Georgia, including Andy Young for Governor, Wyche Fowler for Senate and most notably was the State Director for the Gov. Bill Clinton presidential primary campaign in 1992. Loveless served as a Legislative Assistant to US Senator Wyche Fowler of Georgia, and as Director of Environmental Justice at the US Department of Energy during the Clinton administration.