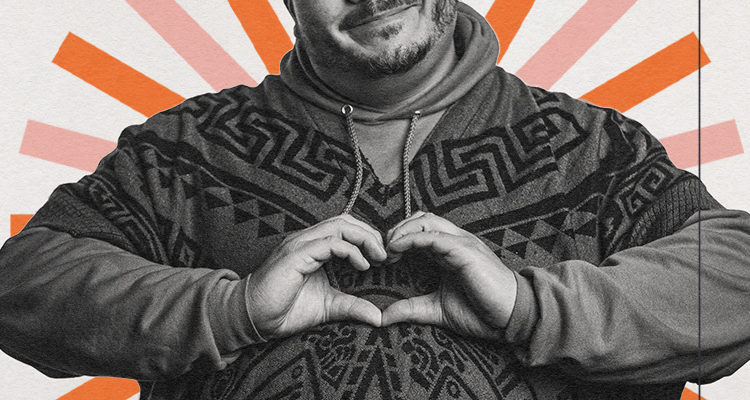 SANTA FE — Santa Fe Playhouse celebrates a full century of existence with its 100th Anniversary Fiesta Melodrama, opening Saturday, Aug. 27, with performances through Sept. 18 at the Playhouse downtown, as well as a tour of Midtown and the Southside. This year’s event is a multimedia show featuring live theater and song, as well as historical Fiesta Melodrama recordings. As usual, actors will roast local politicians and celebrities, and take on 100 years of the scandals, quirks, and ever-simmering tensions that make Santa Fe “The City Different.”

The Fiesta Melodrama is a classic farce that asks the audience for its enthusiastic participation by — among other heckling behavior — cheering the hero and booing the villain. This year’s installment features many actors from past Fiesta Melodramas and is titled A Proud Playhouse Presents a Preeminent Pageant to Puncture the Precious Pretensions of a Pretty Provincial Populace, or A Silly Centennial Celebration Centered on the Scintillating Scandals of Santa Fe or A Riotous Retrospective Chock Full of Gags. It’s co-directed by Eliot Fisher and Andrew Primm, and in keeping with tradition was written by an anonymous group of townspeople.

To prepare for this once-a-century special event, the writers, directors, and other volunteers read through the digitized archive of original Fiesta Melodrama scripts dating back to 1961, looking for inspiration as well as to better understand the history of the sometimes-controversial production.

“We found the historical material both challenging and rewarding,” Fisher says carefully. “It’s painful to see how the humor was often quite offensive to many groups of people, and not always in an equal-opportunity way. It was a product of its time, reflecting a society going through civil rights and American Indian rights movements, feminism, gay rights, and all the social justice movements that we continue the important work of. But we also get to see how far we’ve come as a society, and witness how events around here were digested by generations of Fiesta Melodrama creators.”

Fisher, raised in Santa Fe by artist-parents, notes that the city is a very liberal, progressive place with a unique history. (By which he obviously means, but for some reason doesn’t say that he means Santa Fe’s much-touted, often-ballyhooed Indigenous, Hispanic, and Anglo “tri-culture.”)

“It’s kind of like Berlin,” he says, possibly not understanding that any analogy that even hints at Hitler, even in a (weirdly) positive way, is bound to offend someone. “There, they left the remains of the wall and covered both sides in artwork. Then there’s the Brandenburg Gate, a symbol of Berlin and German division during the Cold War, that’s now a national symbol of peace and unity. And then nearby is the Holocaust Museum. Santa Fe has similar open wounds that go back hundreds of years and are very visible — not unlike our geology. Some of the sentiments, or, pardon the pun, ‘sediments’ found in the historical Melodrama scripts reflect this. And yet, unlike Germany, or South Africa after Apartheid, we don’t deal with it. There’s unfinished business of reconciliation. I hope this Melodrama can resolve all that.”

The 100th Anniversary Fiesta Melodrama features music from melodramas past, played by pianist Mitchell Gustin of Partizani Brass Band, and accompanied during many performances by a band of Santa Fe Youth Symphony members, arranged and led by Karles Saucedo-McQuade. Featured actors include Melodrama veterans Felix Cordova, Cliff Russell, and Cristina Vigil, and newcomers Vivian Avery and Emily Rankin, who served as the show’s stage manager in 2021.

“As a 10-year veteran of the Melodrama, I want to say how grateful I am to participate in the 100th anniversary,” Cordova says. “The Melodrama is a fun tradition that has been entertaining people for as long as anyone can remember. No New Mexican person, place, or thing is off limits for spoofing. Of course, when dealing with such an old tradition, issues arise with it being possibly offensive or out of touch. Let me clear all that up. No matter what people think, this show has and always will be about laughter, love, and paying homage to our beloved state of New Mexico. This little show brings a community together.”

Not everyone involved with the production is as comfortable with its history, or with their personal experience of the Fiesta Melodrama. After playing the Hero in 2003, Loveless Johnson III says this is the first time since then that he’s been invited to participate — as a stagehand rather than as an actor.

“As soon as rehearsals started, I realized that once again, I’m the only Black person involved in the production,” he says. “But I’m fully inside the belly of the beast — with a real opportunity to expose the lack of artistic equity in the show and make the community aware of the need for Melodrama reform.

“As a voice for justice in our community,” Johnson continues, “I take personal responsibility for exposing these shortcomings and leading the way to end the implied racial and gender bias in the scripts that has permeated the previous 99 productions. For the 100th anniversary, my goal is to fight for a Fiesta Melodrama that represents all Santa Feans, including us hard-working, law-abiding non-Native citizens of color. I urge everyone in our community who cares about artistic equity and fairness to join me in this fight for Melodrama justice and be ready to show up when the call to action is issued.”

The 100th Anniversary Fiesta Melodrama opens at 7:30 p.m. Saturday, August 27. Previews are Thursday, August 25, and Friday, August 26, at 7:30 p.m. Downtown performances at Santa Fe Playhouse run 7:30 p.m. Thursday–Saturday and 2 p.m. Saturday and Sunday through September 4, except Friday, Sept. 2, which has a 4 p.m. performance. Midtown and Southside performances through September 18 take place at Tumbleroot Brewery and Distillery, the Southside branch of Santa Fe Public Library, and Santa Fe Brewing Company. Tickets are $75 for premium reserved seating; $50 for reserved seating; $30 for general admission; $27 for seniors; and $15 for students. Preview nights are pay-what-you-wish; library performances are free on a first come first served basis. See website for full schedule and details. For reservations, go to santafeplayhouse.org or call 505-988-4262.

Santa Fe Playhouse has presented theater by and for Santa Feans for 100 years, from beloved classics to new works by local and national artists. As our city, our country, and our world changes, the Playhouse offers compelling productions that will provoke difficult conversations with compassion, while pushing theatrical forms and opening doors for artists of all backgrounds and identities.